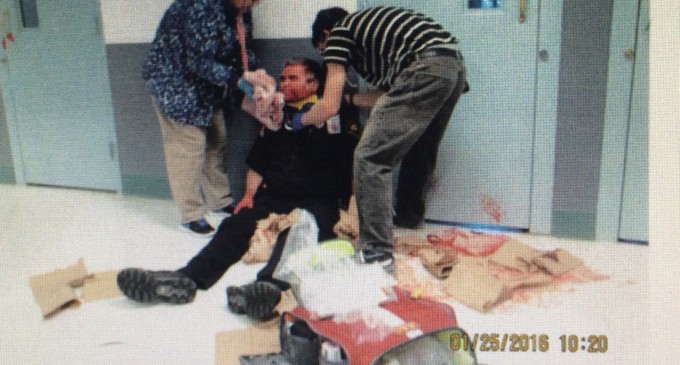 The facility was placed on lock-down and the perp, 28-year-old Abdinjib Ibraham, was apprehended.

Abdinjib Ibraham had removed a metal stool seat and bashed Terry Breedlove in the head.

Supposedly the furniture in the facility is “secured” but Ibraham found a way around those measures.

Allegedly, the incident just happened to be in the place that cameras went dark. Thankfully for the guard, another prisoner intervened and saved his life.