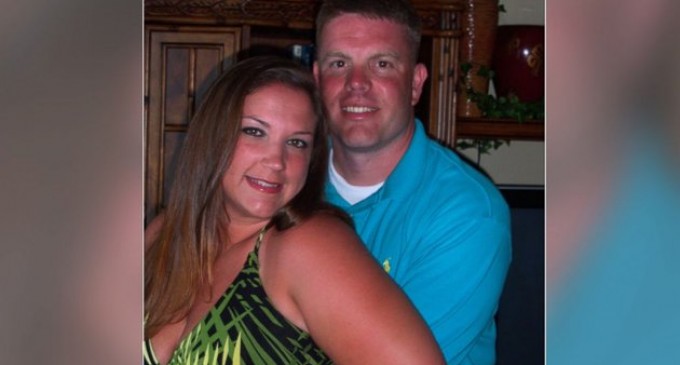 As surreal as it seems, this is a true story and a grand illustration how far our government has gotten into meddling into our everyday affairs.

A Georgia man has been ordered to pay $50,000 to an ex-girlfriend after breaking up with her. He is accused of a ‘breach of a promise to marry' and is deciding on an appeal.

A Georgia man is undecided about whether to challenge a state appeals court's decision that he must pay his jilted former fiancée $50,000, his lawyer says.

Accused of breach of promise to marry, part of his defense was that he never said the words, “Will you marry me?” to her, the court filing states.

On Dec. 23, 2004, Christopher Ned Kelley, who works in IT, gave Melissa Cooper a ring valued at about $10,000, a court document states; she accepted and the two moved to a new home. Since 2000, Kelly, had lived with Cooper, who also had a child with him, the filing says.

She says she left her job at his request to stay home and raise their child and her child from a previous relationship, according to a court document.

But after the proposal, she learned that Kelley had been in a two-year relationship with another woman that began before the proposal. After Cooper confronted him, she agreed to stay with him “because of his pledges not to see the other woman again and his promises thereafter to marry Cooper,” the court document states.

But in April 2011, when Cooper confronted him about a relationship with yet another woman, he told her that he wanted to be with that woman and that Cooper and the children should move out.

“Cooper was ‘devastated' by this development,” the court document stated.

In response, Cooper filed a lawsuit for a number of claims, including fraud and breach of contract to marry. The Coweta County Superior Court awarded her $43,500 and attorney fees of $6,500.

Kelley appealed the trial court's decision, claiming his promise to marry was part of a “meretricious relationship and therefore not enforceable,” a court documents states.

In court proceedings, Cooper also admitted there was a time she had a “relationship” with someone else after the proposal, a court document states.

In answer to questions that he was seeing another woman three months before and after the proposal, Kelley testified, “It's possible.”

“Throughout our ten-year relationship, there will be very emotional times and you will do things that doesn't necessarily represent, you know, the actuality of life,” he said in court, the document states.

But the Court of Appeals of Georgia ruled on Nov. 22 to uphold the trial court's decision, saying the promise to marry is enforceable and the fact that the couple lived together before and after the marriage proposal is only collateral to the promise to marry.

Mark Mitchell, attorney for Kelley, said they were disappointed with the ruling and that he and his client are undecided whether to appeal this decision to the Georgia Supreme Court. Kelley declined to comment.

“The ruling and the fact that the court of appeals was divided on the issue certainly indicates the law is not particularly clear on this issue,” Mitchell said.

Jason Smith, attorney for Cooper, said Georgia lawmakers should re-enact common law marriage in the state to prevent legal wrangling like this.

“By law the marriage doesn't exist, but for practical purposes, it's a marriage,” Smith said. “They were together for 10 years. They acquired property together.”

Kelley claimed, “I never initiated the concept of marriage with her, outside of giving her that ring,” according to the court filing.

Smith said he believes the trial judge's monetary award was derived from about half the value of the home that Kelley purchased, which was worth around $86,000.

The mortgage deed was in Kelley's name, but because they were not married, she was not permitted to petition a court to award her the home on a temporary or permanent basis, which she could have done if they were married.

Cooper claimed their agreement was that she would stay home with their child so they would not incur daycare charges and that he could continue working and be in a position to buy their home.

“I always say stay-at-home moms work harder than any of us,” Smith said of his client. “She worked hard for the joint family enterprise, which is what Georgia law calls it.”

Smith said his client plans to use part of the $50,000 judgment to purchase a home for she and her two children. She has primary physical custody over their child and he pays her child support.