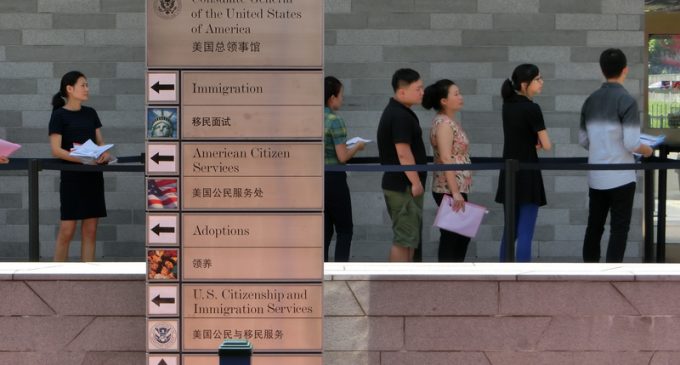 It's not hard to get the impression that our legal system has completely come off the rails. It's one thing to witness absurd decisions by courts that are no more than a parroting of the liberal playbook. But then we find it necessary to pass laws or secure court rulings to establish policy that any reasonable person would have assumed already existed.

Nevertheless, in spite of the sometimes spotty record of our courts when it comes to making decisions consistent with our Constitution, we can rejoice when they actually do so. Perhaps we think a particular decision is so obvious that the matter should not have had to have been litigated in the first place. Just keep in mind that things could have gone the other way.

The Supreme Court has just ruled that courts can strip individuals of their citizenship if it is determined that they lied in order to be granted that citizenship. This may seem like an obvious decision, but recall the number of issues that we would think were similarly obvious that the court saw differently. So we should be thrilled when we witness good decisions as we did in this case.