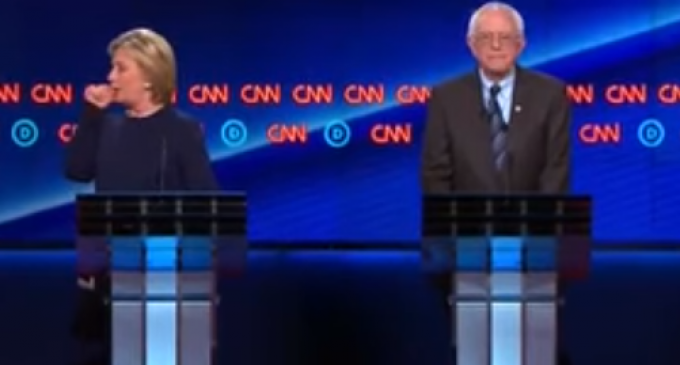 Over the course of her campaign, Hillary's incessant coughing has gone from nuisance to legitimate concern.

At rallies, debates, town halls, and interviews, it seems Hillary just can't get away from the severe coughing fits that have some asking, “Whats wrong with Hillary?”

Her health has come into question before, most notably after the concussion she suffered from several years ago, and the complications that lasted long afterward, but this symptom has so far gone unexplained.

While many might find that her coughing — and her health — is insignificant given her otherwise healthy appearance, many also forget that, if elected, Hillary would be very nearly the oldest President ever elected to the Oval Office.

To see her latest coughing fit, see the video on the next page: