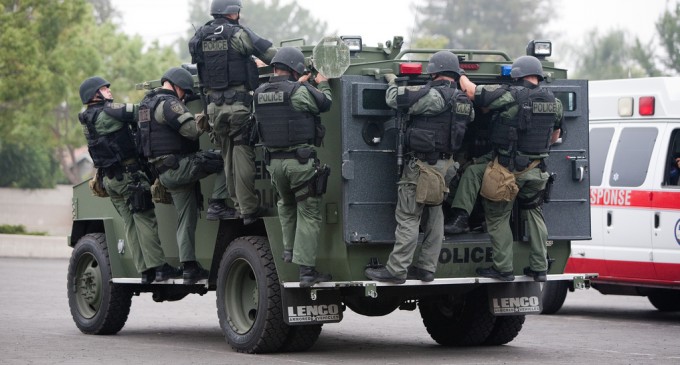 Radley Balko examined the trend of “no-knock” police raids in his recent book “Rise of the Warrior Cop.” These raids threaten lives, but they also mark an erosion of liberty, as citizens grow to fear the militarized equipment and tactics of the people who are supposed to serve and protect them.

From The Daily Caller:

These raids are dangerous for the police and for the homeowner (who assumes it’s a burglar — or worse) and for the dog (who is almost always shot.) What is more, sometimes the police get the wrong house. So why do they do it?

“It’s just easier to do it, this way,” Balko explained when I asked why the police didn't just apprehend suspects when they go grocery shopping or … to a car wash. ”You have to get to know somebody’s routine to catch them as they’re coming and going…and there’s just not enough manpower to do that. It’s much easier to just go busting in, in the middle of the night.”

But according to Balko, there’s another reason: “These raids are fun,” he says.

“When I interviewed police officers for the book who've been on these raids, Balko continued, “the words that they would use to describe how they felt during the raids are the same adjectives we use to describe the effects of the drugs that they’re conducting these raids for in the first place. Read more at The Daily Caller

Are you for or against no-knock raids and the militarization of our police?