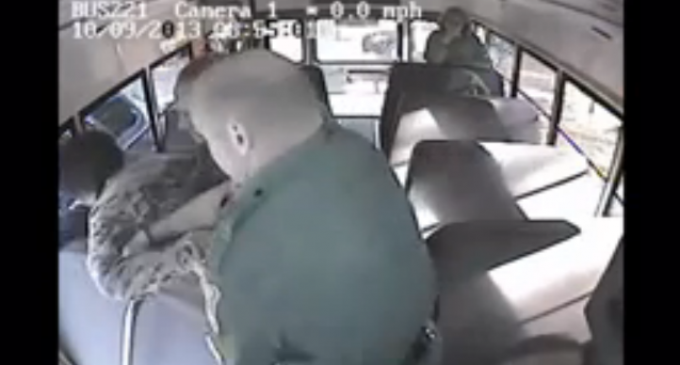 In a barbaric case of police brutality, cops in Rotterdam, New York broke the arm of a mentally handicapped teen for not being quick enough in responding to their orders, which is typical for a boy with his condition.

Instead of calling mental health professionals or waiting for the EMTs, the police told the boy that they were going to ‘hog-tie’ him and stated “Either you or one of us might get hurt and we don’t want to do that.”

As they started to arrest him, instead of putting on cuffs, you'll see the officer just snap his arm.

It seems everyday we see stories of outrageous police brutality as cops in this country are looking more like thugs than individuals who are suppose to ‘serve and protect'.