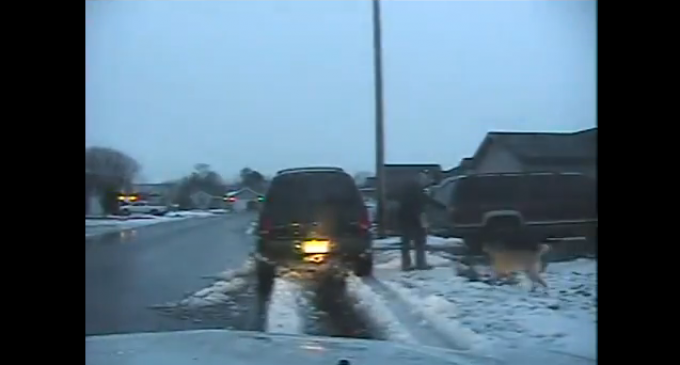 A cop in Filer, Idaho casually executed a trained service dog for a man with Parkinson’s disease because the dog was barking at him.

The cop argued that the dog was ‘agressing him too much'.

What? No pepper spray? No taser? No calling the owner and having him bring the dog inside?

This is yet another example of how the police across the country are becoming more brutal, thug-like and exercising a blatant disregard for the lives of citizens and their property.

FILER, ID – A resident of Filer, Idaho called the police on Monday to complain that neighbor Rick Clubb’s dogs were outside without a leash. The caller may have gotten more than he bargained for. 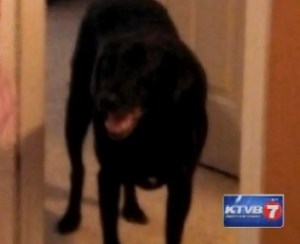 When Officer Tarek Hassani arrived at Rick Clubb’s home, he immediately encountered two barking canines. One of the dogs – a black labrador named Hooch – repeatedly moved in front of Hassani, blocking the officer’s path as he tried to approached the home.

The fifth time that Hooch obstructed Hassani, the officer took aim and shot the dog at point-blank range. The dashboard-mounted camera on Hassani’s cruiser captured the graphic killing on video.

Clubb, who suffers from Parkinson’s disease, said the dog was his trained service animal. “He didn’t have to pull out his .45 and shoot my dog,” said Clubb. “It was right outside my son’s bedroom.” Clubb’s son is nine.

The ASPCA says that police departments generally “set a very low threshold for justifying the killing of dogs. In virtually all cases we have examined, internal reviews of dog shootings have ruled them to be justifiable.”

The society also says that “Many of these incidents involve multiple shots fired and many do not result in the dog’s swift, humane death.” The footage of the event shows that Clubb’s labrador suffered for some time before dying.

Filer Police Chief Tim Reeves says that, though the dog did not bite Hassani, “it was aggressing him too much.”

Clubb says he intends to sue Hassani. ““Maybe I deserve a ticket, but I don’t deserve a dead dog.”