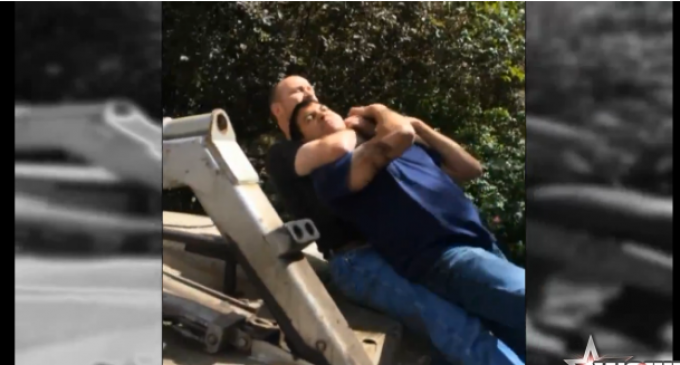 New Mexico police officer Charles Vernier has been arrested after choking a truck driver for at least eight minutes when he tried to repossess the officer’s car.

When police arrived on the scene the Vernier actually tried to run, where he thought he could escape to is anyone’s guess.

Vernier was already under investigation to see if he was mentally competent to be an officer.

Well, we live in a police state, and the state needs thugs like Vernier.

Their problem when hiring these psycho criminals is that they often ‘lose it’ before the impending 2nd American civil war, when they will be used to fight patriots.