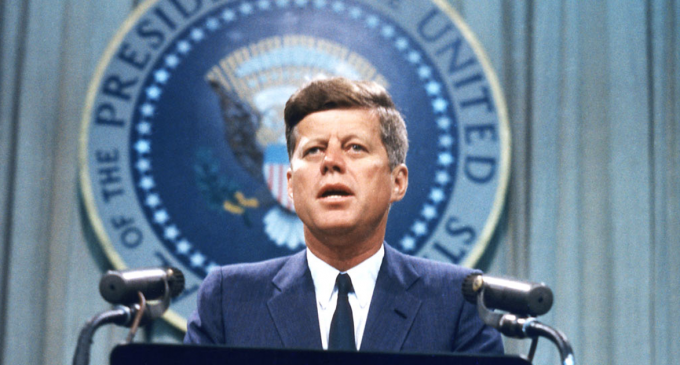 For the entrenched establishment within the Deep State, accusing a president of having too good a relationship with Russia, talking about him betraying the Constitution, and attacking his personal character have always been the playbook of preference.

Just consider the accusations that have been leveled at the president:

He has betrayed the Constitution, which he swore to uphold.
He has committed treason by befriending Russia and other enemies of America.
He has subjugated America’s interests to Moscow.
He has been caught in fantastic lies to the American people, including personal ones, like his previous marriage and divorce

What many Americans don’t realize is the same slanderous assault on Trump was also used on the 35th President of the United States in the early 1960’s. Today’s attacks on President Trump by unprincipled politicians and the elite mainstream media are just a throwback to the same smears leveled against President Kennedy.

Find out what Kennedy had to endure and how he responded on the next page.