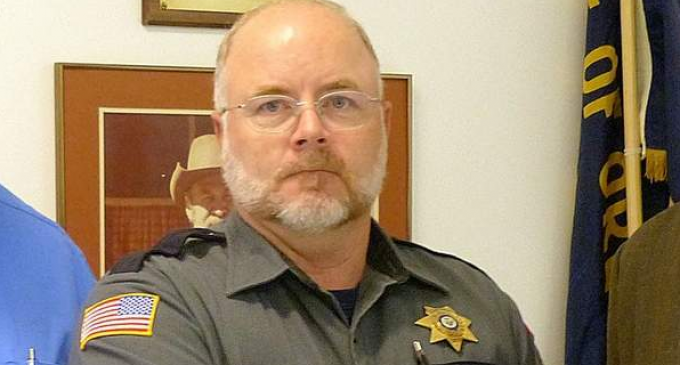 The Federal Government is afraid of those who know what the Constitution really says and are willing to stand on its foundation and speak effectively about government overreach, while educating those around them.  The Feds know that controlling the people is best done if they remain ignorant.

If the people of the United States understood how much of their rights have been undermined, how much of their property stolen and how their future First Amendment rights are in jeopardy because the Feds want power and control, there just might be a stand against the Fed's power grab. Sadly, most American's are not aware of the overreach, nor aware that their rights have been eroded away by the government.

A Constitutional Sheriff in Oregon has been standing up to the federal government for the people in which he serves.  Sheriff Palmer has openly declared that he will follow the Constitution over Obama's executive orders for gun control.  He has also “deputized members of the community to work on a natural resources plan that would enable the community to survive”, as the BLM has infringed on the citizen's rights.

Palmer is now in trouble with the Feds, who are labeling him a “security leak”.  Read how he is a security risk, while Hillary is not, on the next page.