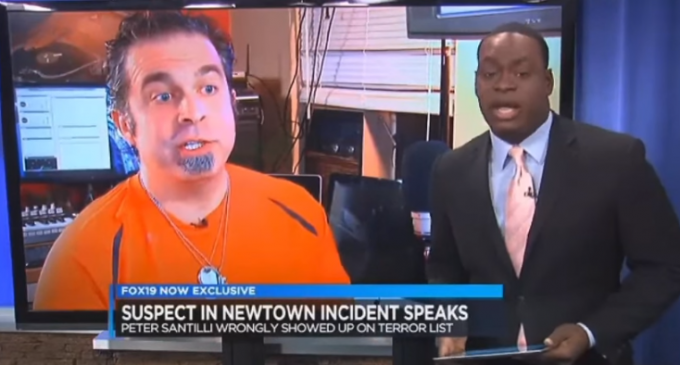 Natural News has recently unveiled a shocking new story that claims that the federal government is using the terror watch list as a political weapon.

The proof comes as evidence has surfaced that conservative talk show host Pete Santilli, a Marine, was pulled over recently — in an aggressive manner — by cops who claimed his license plate matched one on the list of suspected terrorists.

The purpose for which the Department of Homeland Security is putting conservatives on the list is apparently to incite violence – putting innocent cops in harms way hoping that they clash with the DHS' political opponents.

Luckily, the plan failed. Neither the police officer or Pete took the bait, and handled the interaction a calm, civil manner.

As such, it seems all the DHS has managed to do was out the true nature of the terror watch list.

See the report in full on the next page: