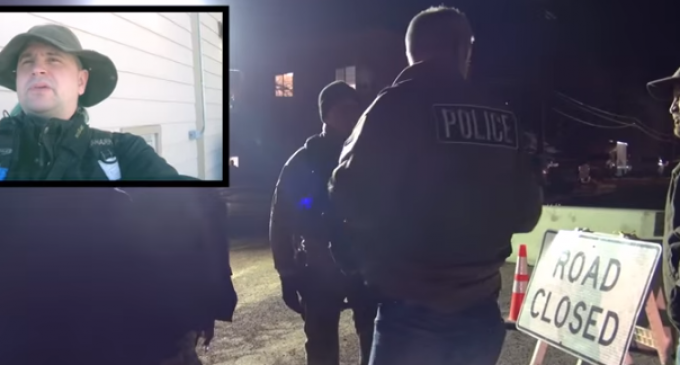 Pete Santilli is a new media journalist who broadcasts on YouTube and streaming internet radio. He is brash, controversial, rude, and he is completely within his rights to be so. He has a radio show titled “Telling the Truth… Whether You Like It or Not.” He goes against the grain of some, and the efforts by various groups to define certain types of speech as illegal is exactly what he is fighting against. Hate speech, bullying speech, intolerant speech, incendiary speech, anti-government speech, right-wing speech and more are all protected by our 1st amendment, yet they being challenged as being illegal. And in many cases the government is supporting that view and carving out areas where free speech will not be accepted. Of course limiting free speech to special “acceptable” areas is no free speech at all. But if these limitations are not challenged, the right of free speech could very well disappear.

Santilli exercised his right of free speech recently, and he is sitting in jail now for his efforts. He will no doubt be released as soon as a lawyer is found who will fight for Santilli's basic right to express himself, but the damage will be done. The government will have made its point that they will limit your speech if they choose, and you will have to be willing to pay a price in order to exercise your rights. If they do this enough, people will no doubt give up because the government has unlimited resources and power to bully the public into silence, but individuals do not usually have the resources to fight back.

See what got Santilli thrown in jail on page 2: