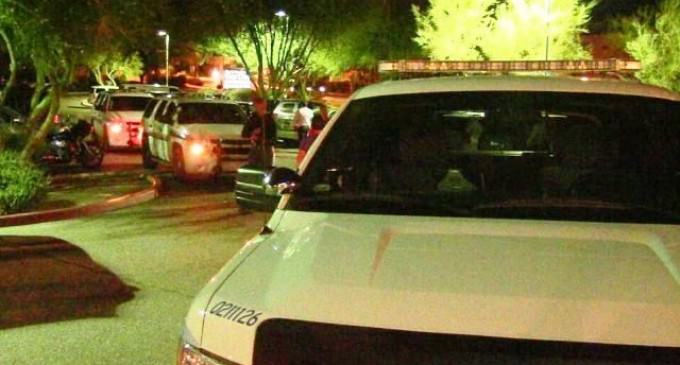 A Breitbart meetup in Arizona was disrupted after the manager of the restaurant K O'Donnell's cut off the microphone and a police helicopter showed up, telling attendees to disperse. Having already spoken to the restaurant manager about hosting the event, which allows passionate Breitbart News readers to engage in offline fellowship, the event ended after restaurant workers claimed that one of the guests assaulted them, but turned out to be nothing more than a liberal patron complaining about the content being talked about. Between 150 to 200 people showed up, filling the patio of K O'Donnell's to discuss matters of liberty and freedom with other Conservatives.

Read more about this event and the police raid on the next page.