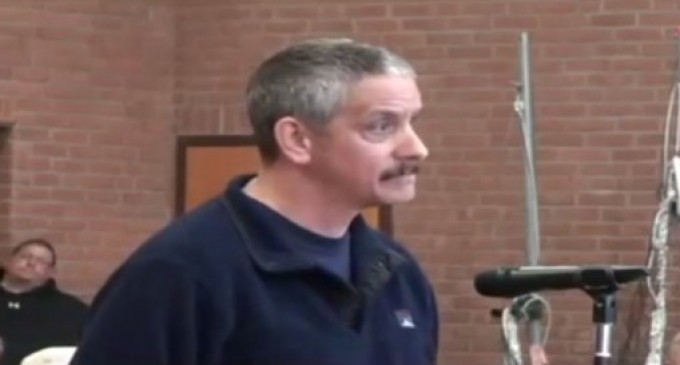 John S. Cinque, a Navy veteran, warned lawmakers in Connecticut last year that he ‘will not comply' with the new gun laws.

Mr. Cinque asked these traitorous lawmakers ‘what will you do' if he and others don't comply. Their response was ‘it's up to you. that's your life'.