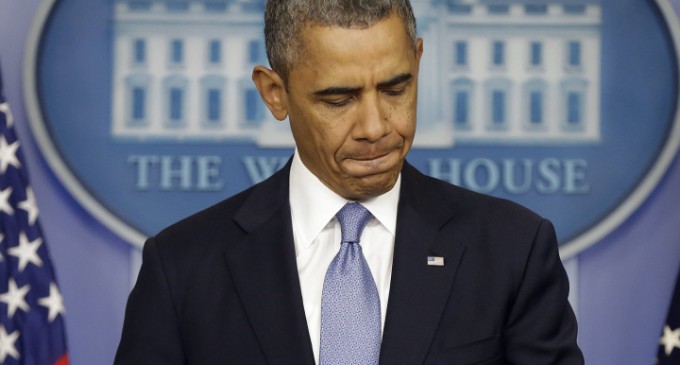 Rep. Tom Rice from South Carolina has introduced a resolution to Congress that would bring a civil action against Obama.

He is trying to bring suit against the president by the House of Representatives for “failure to faithfully execute the laws”.

Of course, it would be difficult to impeach Obama due to the Democratic-controlled Senate. Perhaps turning to the courts is an alternative.

His resolution has 29 co-sponsors:

A South Carolina Congressman wants the House of Representatives to take President Obama to court over his “failure to faithfully execute the laws.”

South Carolina Republican Rep. Tom Rice introduced a resolution Thursday that would direct the House “to bring a civil action for declaratory or injunctive relief to challenge certain policies and actions taken by the executive branch.”

The resolution charges that the president and his administration have “frequently overstepped the limits placed on executive branch power by the Constitution” and has failed “to faithfully execute the laws” weakening Congress’ legislative authority as the body cannot assume its laws will be carried out.

“[I]t is therefore necessary and appropriate for Congress to turn to the courts to ensure the faithful execution of the laws as required by the Constitution,” the resolution reads.

Rice’s resolution highlights four instances in which Rice and the 29 co-sponsors believe the president and his administration overstepped its authority, including the President’s year-long delay in the application of minimum coverage requirements for insurers to prevent them from cancelling plans, as well as the administration’s year-long delay of the employer mandate.

According to the resolution, the administration also circumvented Congress and overstepped its constitutional authority by giving states the option of waiving the work requirement for Temporary Assistance for Needy Families (TANF), and also with the Department of Homeland Security’s Deferred Action for Childhood Arrivals program.