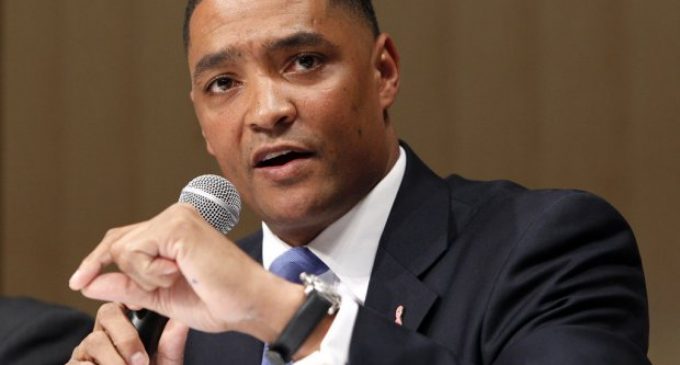 In a development that eerily reflects the current state of affairs in the nation, Capitol Hill has become a battleground between those who support law enforcement and those who are hostile to officers.

It all started when Democratic Representative William Lacy Clay decided to hang up a painting made by one of his constituents on the wall of the building. The painting, which depicts police as pigs bent on racist violence against African-Americans, sat there for months before Republican Rep. Duncan Hunter took it upon himself to have the offending work removed, citing it as inappropriate and disrespectful to law enforcement.

Considering the sacrifices made by officers everyday, you would think that Hunter's position and reason for removing the painting would hardly be controversial. After all, it is only because of police that legislators are safe to do their jobs. But unfortunately, it appears that some disagree with this assessment.