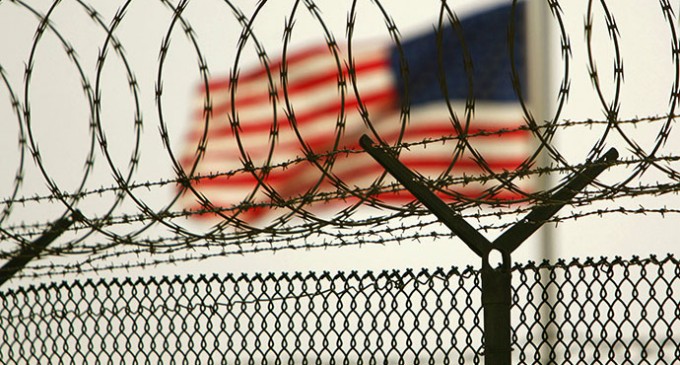 Our treasonous Congress just shot down an amendment introduced by Rep. Adam Smith (D-Washington) that would have ended the indefinite detention of Americans under the National Defense Authorization Act.

The fact that this country can lock someone up without due process should be a wake up call to everyone. This is NOT a free country any longer. Yes, you can go to the mall and buy whatever you want, but that isn't freedom.

Freedom is your ability to live without threat from your own government that they might one day decide to lock you up indefinitely without your ability to do anything about it.

“Oh, but they wouldn't do that,” the typical liberal sheep responds. And, they are correct. The sheep won't be locked up like those who actually want to have rights, because they are already in a jail of their own making called “I submit to everything.”

What they don't realize is that this jail will get smaller and smaller because those who run it have a never ending lust for control and possession. Those who run the jail are sociopaths who evil knows no bounds, but the sheep, being too timid, can't confront this reality.