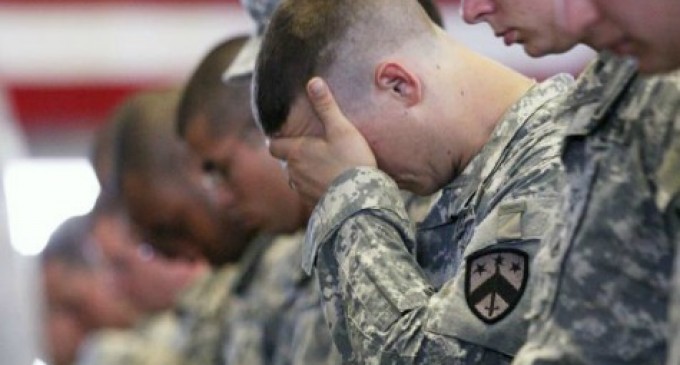 Our Congress has allowed illegal immigrants to keep their IRS loophole that allows them to benefit from the Additional Child Tax Credit.

At the same time Congress has cut benefits to veterans pensions, totaling $6 billion over 10 years.

$4.2 billion in credits was paid out to illegal immigrants in 2010. If this stays the same for a decade, it means Congress voted to save $6 billion at the expense of wounded veterans in order to spend $42 billion on illegal immigrants.

John Boehner stated that conservative groups have lost all credibility because they dared to oppose this deal.

Our country is being run by anti-American sell-outs!

In Washington, it is often said that the parties can’t get along. As the country found out with the terrible Ryan-Murray budget deal that just passed Congress, the only thing that’s worse than the parties not getting along is when they work together.

The bill was ferociously opposed by conservative groups in the House because it raises taxes, increases spending, and guts the sequestration cuts that have helped keep spending in check over the last couple of years. In fact, a hubristic John Boehner declared that conservative groups had lost all credibility because they dared to oppose this deal. It’s too bad Boehner feels that way because if he had listened to those conservative groups, he would have saved the country from a bill that is considerably worse than the status quo.

Every day, new information comes out about the budget deal. It was recently revealed the bill’s Congressional Budget Office score didn’t include the cost of interest payments, which will total approximately $8 billion over a decade. All but one Senate Democrat chose to prioritize fraud benefitting illegal immigrants over disabled veterans.

During election time, both parties fall over each other trying to prove who cares more about the troops and especially veterans. Yet in this big-spending budget deal, there is a $6 billion cut over 10 years to the cost-of-living adjustments for veterans’ pensions. The adjustment subtracts one percent from the inflation adjustment for veterans 62 and under, and kicks in fully in 2016.

Disabled veterans would be among those targeted by the cut. Note that those cost-of-living adjustments hit veterans starting three years from now, for those younger than 62. Yet Congress won’t even consider Medicare and Social Security reforms unless those reforms don’t start for 10 years and only hit those 55 years old and under. Why don’t our veterans deserve the same basic consideration that reformers give to our senior citizens?

This rank hypocrisy was highlighted when Senator Jeff Sessions offered an amendment that would avoid the cut to veterans and instead eliminate an IRS loophole that allows illegal immigrants to benefit from the Additional Child Tax Credit. The vote went down on an almost entirely party-line vote, with vulnerable Senator Kay Hagan (D-NC) voting with Republicans to make the change. While the Democrats certainly deserve the lion’s share of the blame for that, the 169 Republicans in the House who voted for the deal and 12 Senate Republicans who voted for cloture all effectively signed off on those pension cuts.

In addition, lead House negotiator Paul Ryan deserves special criticism not only because he negotiated the bill, but because he kept silent as the Senate shot down Sessions’ common-sense amendment. However, as Breitbart’s Matthew Boyle reported, Ryan’s staff did eliminate talking points published online that originally claimed disabled veterans are protected from cuts in the budget deal. That took place two days before the House voted to pass the budget deal.

Ryan’s silence is also particularly ironic because he sponsored H.R. 5652, which passed the House in May 2012 and eliminated the loophole Sessions targeted. Given Ryan’s work in crafting the budget deal, he may have been able to make a difference for veterans if he had chosen to speak up. Instead, he remained silent and helped cement a loophole into place that he opposed in the past.

How much will this preference for illegal immigrants over wounded warriors cost the taxpayers? According to IRS data gathered by Just Facts, $4.2 billion in credits was paid out to illegal immigrants in 2010. Assuming this stays the same for a decade, it means Senate Democrats along with some Senate and House Republicans voted to save $6 billion at the expense of wounded veterans in order to spend $42 billion on illegal immigrants. It’s shameful that any member of Congress would choose to support illegal immigrants over American citizens, but it’s particularly grating that they put illegal aliens in front of our troops.

How can they in good conscience target our veterans this way when our troops are still fighting and dying in the field? It’s bad enough that they’re going after our veterans at all, but if they were going to do it, couldn’t they have at least waited until our troops weren’t spilling their blood in Afghanistan to try to save the Obama Administration’s half-hearted prosecution of that war?

Unfortunately, it seems that illegal aliens are simply more important to many members of Congress than the troops that sacrifice for our freedom.