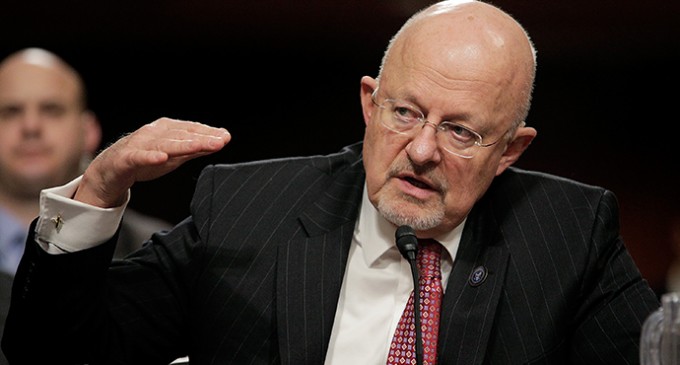 Director of National Intelligence James Clapper has finally admitted that intelligence officials have been collecting personal communications of innocent Americans.

The admission came in a letter to US Senator Ron Wyden (D-Oregon), who had a heated discussion with Clapper two months ago on the Congressional floor about what the NSA can and cannot do.

“If no one will even estimate how many Americans have had their communications collected under this law then it is all the more important that Congress act to close the ‘back door searches’ loophole, to keep the government from searching for Americans’ phone calls and emails without a warrant,” Wyden has stated.

Best Case Scenario: Due to the leaks of Snowden, the spying activities of the government are coming to an end as Americans beat back tyranny that’s threatening to kick in the door.

Worst Case Scenario: All of this is theater, and the leaks of Snowden are fake. It all amounts to an announcement by those in power that they are ready to bring in their authoritarian regime – with the bulk of their preparations not yet known.

Director of National Intelligence James Clapper admitted as much in a letter sent last week to US Senator Ron Wyden (D-Oregon), who two months ago was promised an answer by the DNI during a heated discussion on the floor of Congress about what the National Security Agency can and cannot do.

The debate between Wyden and the country’s top intelligence officer began much earlier than that, though, and Clapper’s latest acknowledgement comes nine months after the NSA insisted Americans needn’t worry about being targeted by the US government’s vast surveillance apparatus.

Since the George W. Bush administration, the Foreign Intelligence Surveillance Act has provided the American government with the ability to collect communications sent to or from any non US-persons located abroad, and Sen. Wyden has been one of the most adamant critics of that authority since even before the first Snowden leaks surfaced last June. Practically one year before the NSA leaker became a household name, in fact, Sen. Wyden asked the Inspector General of the Intelligence Community for details on how many Americans have been targeted by the NSA since Section 702 of the FISA Amendments Act was approved in 2008 and the NSA began to sweep up the online and over-the-phone activities of Americans engaged in conversation with persons located outside of the country.

“If no one will even estimate how many Americans have had their communications collected under this law then it is all the more important that Congress act to close the ‘back door searches’ loophole, to keep the government from searching for Americans’ phone calls and emails without a warrant,” Wyden told Wired’s Danger Room back in June 2012.

When the first Snowden leaks began one year to the month later, the NSA issued a “fact sheet” that said Section 702 authority “allows only the targeting, for foreign intelligence purposes, of communications of foreign persons who are located abroad.”

“The government may not target any US person anywhere in the world under this authority, nor may it target a person outside of the US if the purpose is to acquire information from a particular, known person inside the US,” the memorandum continued.

Even then, however, Wyden wasn’t satisfied. “We were disappointed to see that this fact sheet contains an inaccurate statement about how the Section 702 authority has been interpreted by the US government,” he wrote in a joint letter to then-NSA Director Gen. Keith Alexander sent last June along with the signature of Sen. Mark Udall. “In our judgment this inaccuracy is significant, as it portrays protections for Americans’ privacy as being significantly stronger than they actually are.”

“The National Security Agency has a secret backdoor into its vast databases under a legal authority enabling it to search for US citizens’ email and phone calls without a warrant,” journalists James Ball and Spencer Ackerman wrote for the paper last August after seeing a secret NSA document supplied to them by Snowden.

When Clapper testified before Congress earlier this year, Wyden once more insisted on getting a straight answer out of the intelligence community’s top officer. During a January 29 intelligence hearing on worldwide threats, Wyden asked Clapper if the NSA has ever conducted “warrantless searches” on the information contained in those databases by using “specific” Americans’ identifying information to conduct those queries.

At the time, Clapper said he’d prefer not to discuss the matter in the midst of the hearing and would instead issue a declassified answer within 30 days. That official response, albeit delayed, was sent to the senator’s office last Friday, and reaffirmed what Snowden said all along.