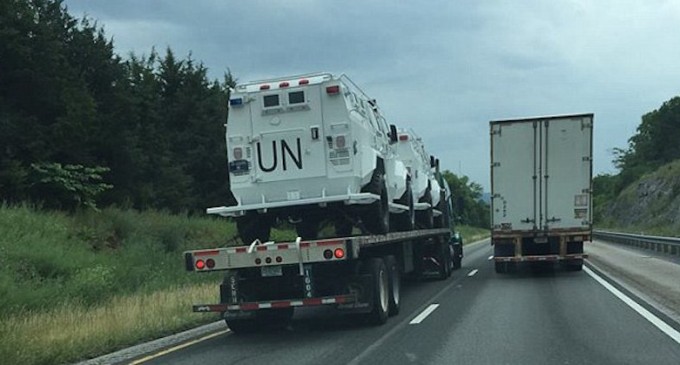 UN vehicles have been being spotted near Lexington, Virginia as well as across the states of Ohio, Virginia, West VA and North Carolina.

The movement of military convoys along the I-81, movement in both Southern and Northern directions, has been met with much speculation and concern.  The long lines of tankers, troop transports trucks and Humvees, with military personnel following up in civilian vehicles have turned heads along the roadway.  There is also  construction equipment as part of the convoy.

The troop movement very well may be routine military procedure, with war games being part of keeping our military sharp, but the movement of United Nations vehicles is not a routine site.  What exactly is going on with flatbeds of UN vehicles being transported along these highways?