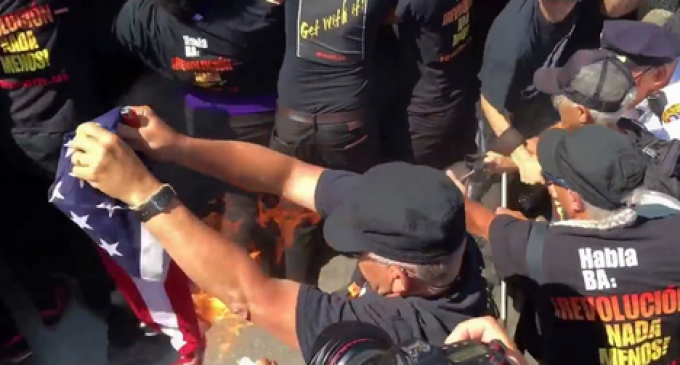 Outside the event hall in Ohio, where the Republican National Convention took place, there was something else going on that many weren't privy to, unless they were there, or dug up the videos of. The liberal circus was in full swing as protestors stood outside chanting “anti-racist” slogans and burning American flags. These protestors preach about intolerance, yet, the only intolerance that was apparent in Ohio that day was their own.

Not to worry, though. There's nothing better than fast acting karma.

In a couple of videos, which you can see on the next page, in the midst of the chaotic protesting, a group of individuals locked arms, forming a chain around man who was attempting to light the American flag on fire. As is par for the course for idiots like this, he drizzled gasoline all down his arm and ended up lighting himself on fire. And while this was happening, his friends continued to keep their arms locked so the cops wouldn't break their circle.