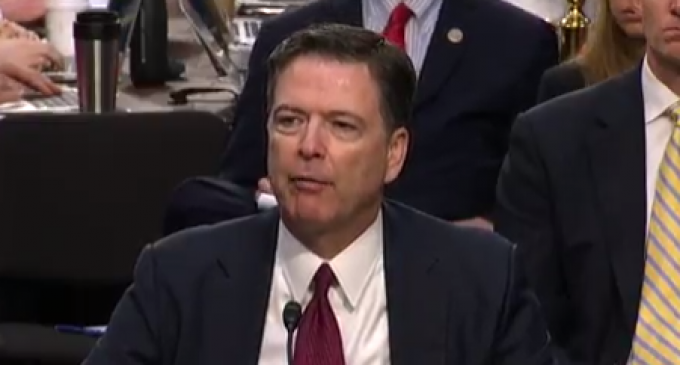 In dramatic testimony before the Senate Intelligence Committee, former FBI Director James Comey couldn’t produce any evidence that President Donald Trump tried to interfere with investigations or that the President himself was under any investigation.

But he did take the opportunity to whine about his dismissal as FBI Director, saying the president left him “confused” and “concerned.”

With Washington all abuzz prior to the hearing, no doubt Democrats are shaking their heads now, realizing their hopes of tearing down the president are going up in smoke. Those hopes now rest on how far the media will go to distort Comey’s testimony to smear the president.

Learn more about what Comey had to say on the next page.