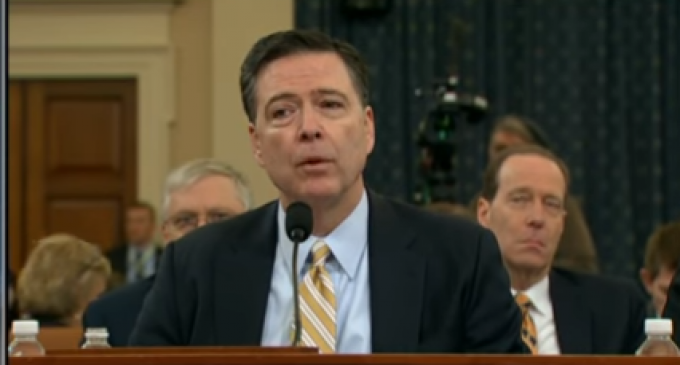 Fast approaching is a moment of truth:  when the intelligence community will begin to split and take sides.  With the heavy influence of the Establishmentariat and the Progressive rank and file closing around them, it becomes imperative for the few who “don't belong” to separate themselves from the coming battle.  What is this battle?  It is the brewing skirmishes that have been occurring over the past few weeks that will culminate in one all-out war between the old-guard, career, embedded parasites in the intelligence community and the forces of the outsiders who are attempting to assuage the loss of the government's life's blood through leaks and endless innuendo.

As we speak, the lines are being drawn and the sides are parting like the Red Sea.  On the one side stand the career people (those in the same ilk as the Lois Lerners, the Sally Yateses, the James Comeys, and the James Clappers of the political world), the career politicians (name 99% of the elected officials in the Senate or House), and the lower echelon staffers who do the bidding of the career people).  On the other side is the Trump transition team, his handful of appointees, and his Cabinet.  The odds don't look good…except when you factor in the situation of an attorney general who is dedicated to routing out the weasels.  There is also the added feature of having people like Newt Gingrich advising you, a person who is intimately familiar with the treachery of Leftists and their Deep State operatives.

Rest assured, the time is approaching quickly where the necessity to choose sides will come.  And as the evidence begins to pile up that this was all an Obama-led Department of Shadowy Endeavors (DSE) attempt at sabotaging the Trump presidency and his policy initiatives, and it becomes clear that someone will be held up as the scapegoat, you can be guaranteed that all those in the know will suddenly back away from that scapegoat or scapegoats, leaving them utterly alone to answer the subpoenas all by themselves, knowing all along that their handlers will disavow any and all knowledge of their activities since the beginning.

Word is beginning to seep out and the proof of no collusion and no intimidation is starting to surface.