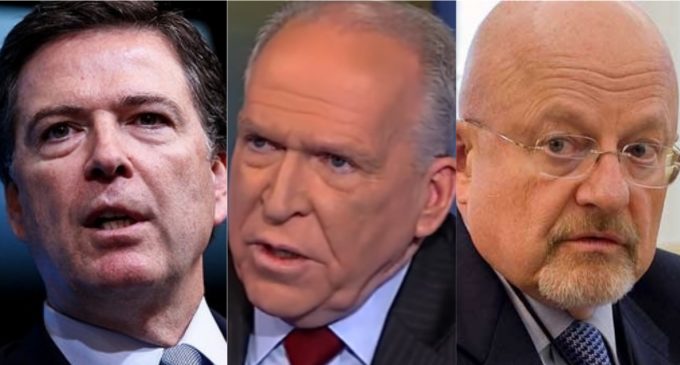 It’s a thing of beauty seeing the Swamp drainage enter into the phase where the Stooges begin turning on each other.

After Attorney General William Barr appointed U.S. Attorney John Durham to investigate the origins of the Russia investigation to determine if the FBI and DOJ’s actions were “lawful and appropriate,” the once proud and indignant Obama officials began to “Moe, Larry and Curly” one another.

It all began with a Brennan surrogate went for an eye poke on Comey in the news media. But the fray really kicked off after Fox News reported on an email chain from late-2016 revealing that Comey told FBI employees that it was Brennan who insisted that the ‘pee pee’ dossier be used in a January 6, 2017 U.S. Intelligence Community report.

Brennan blocked the return eye poke with the knifed-hand against the nose defense.