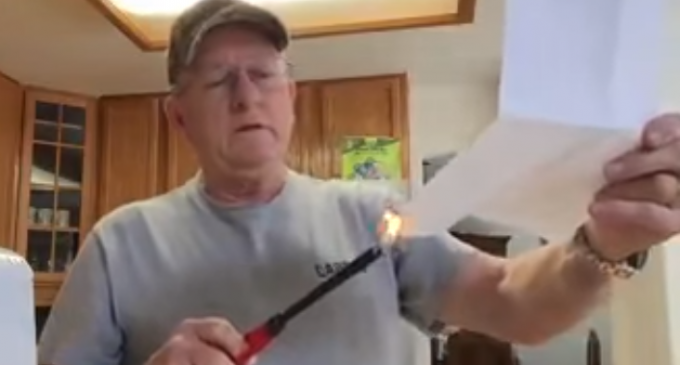 The GOP establishment may have won the battle in Colorado, but a short video on Youtube shows that they might very well lose the war to keep Donald Trump from winning the party nomination.

With insider darlings like Jeb Bush and Marco Rubio out of the race and John Kasich consigned to virtual irrelevance, the Republican leadership have been forced to tacitly support Ted Cruz as he mounts the only viable challenge to Trump's candidacy.

Although Trump remains very popular among conservatives, the real estate tycoon has had trouble capitalizing on that momentum in the primary. Indeed, Cruz has managed to deal several blows to the Donald, with the upset in Colorado being the most recent and arguably most egregious example.

However, not everybody is pleased with the methods the Cruz campaign resorted to to defeat Trump in Colorado. One delegate who was unceremoniously removed from his position after voting for Trump made as much clear in a video.

After identifying himself as a lifelong Republican, the man can be seen lighting his party registration on fire before declaring he will never be one again.