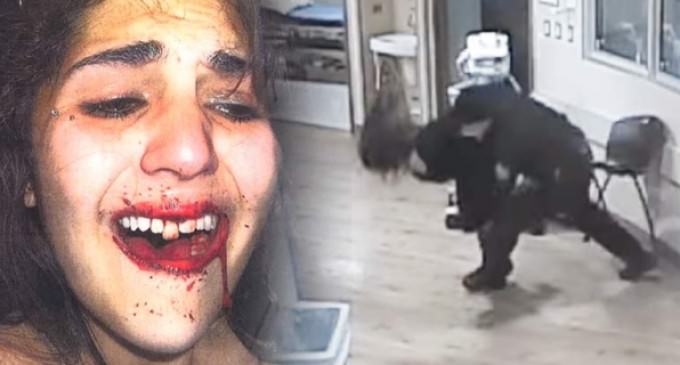 A shocking video has surfaced out of Colorado Springs where officer Tyler Walker is seen picking up a 100lb, handcuffed girl and slamming her into a concrete floor, which knocked out her teeth and has caused lingering health problems.

18-year-old girl, Alexis Acker was arrested in 2013 after officers received calls of a disturbance that involved a gun and were dispatched to Acker's apartment. Police report finding no probable cause, but did find that Acker was “intoxicated and verbally uncooperative with police.”

NEXT PAGE FOR FULL STORY + VIDEO: