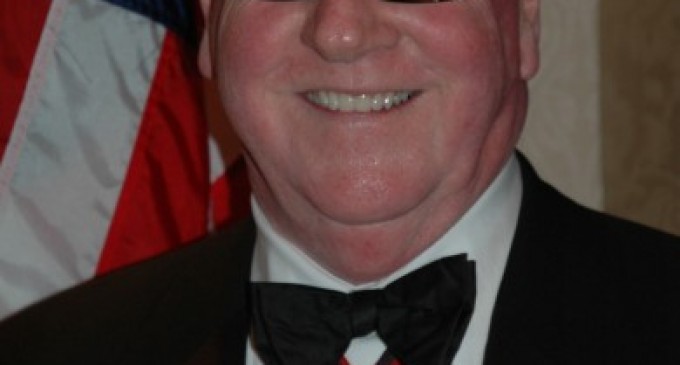 This oath-violating colonel threatens to “pry your gun from your cold, dead, fingers.“ He also wants to shut down all gun manufacturers.

That's something DHS likes to hear, because they've hired his company for ‘operation initiatives'.

Lt. Col. Robert Bateman, the second amendment-hating Army Officer who caused controversy after vowing to “pry your gun from your cold, dead, fingers,” works closely with the Department of Homeland Security.

Earlier this week, Bateman, an active military commander, penned a piece for Esquire magazine in which he promised to push for a total ban on all firearms besides muskets, shotguns and rifles, and shut down all gun manufacturers except for those who produced weapons for the federal government and the armed forces (you will be disarmed, the state will have a monopoly on firepower).

Bateman is president and founder of Alliance Defense Marketing Associates LLC, a “global premier risk management” firm that does work for the DHS.

According to the company’s website, part of the services offered by the firm include, “Homeland Security operational initiatives.”

That’s ironic given that while Bateman is lecturing the American people about their gun rights, the DHS is simultaneously buying assault riflesand acquiring billions of rounds of ammunition.

Critics contend that Bateman’s revulsion for the second amendment (which he woefully misinterprets) “proves he knows nothing about the Constitution he swore an oath to defend.”

Bateman’s promise to “pry your gun from your cold, dead, fingers” was an inflammatory reference to his advocacy for making it illegal for guns on his imaginary blacklist to be inherited. “I am willing to wait until you die, hopefully of natural causes,” wrote Bateman.

Later in the article, Bateman says disarming the American people is all about encouraging “less violence and death,” although such sentiments weren’t evident when he became embroiled in an argument with a blogger which ended up with the Colonel making a thinly veiled death threat.

The argument concerned a former senior female Human Terrain Team (HTT) member who was allegedly subjected to a death threat by an active duty lieutenant at Bagram Airfield in Afghanistan.

After Bateman engaged in “ad hominem attacks” against Maximilian Forte, the blogger who posted the story, and was subsequently banned, he resorted to a veiled death threat of his own.

“And I apologize for the future. Not really my fault. But I am sorry nonetheless,” wrote Bateman.

“You apologize for the future. It was worth approving your message just so that others can see the veiled threat,” responded Forte.

Bateman repeated the threat in a subsequent post when he remarked, “And again, Max, truly, I am sorry for your future.”

Bateman’s thinly veiled death threats reveal him to be a wolf in sheep’s clothing, someone who claims to be all about reducing violence yet resorts to barely disguised rhetorical threats of violence against his ideological adversaries.

It seems abundantly clear that it is Bateman who has a problem with violence and is most likely a danger to himself and those around him. It is therefore Bateman, and not the American people, who should be disarmed.

Feel free to politely email Col. Bateman and let him know what you think about his views on the second amendment.