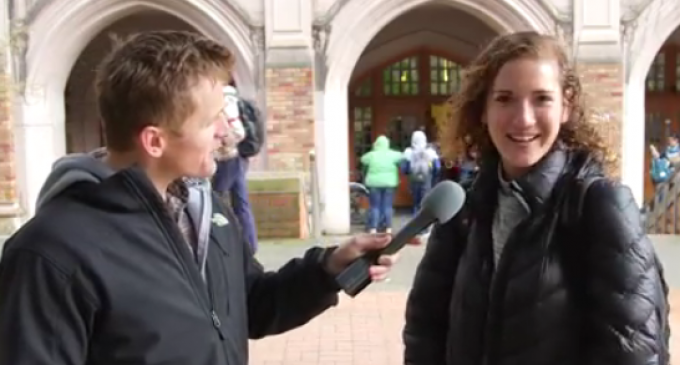 The debate over gender identity has seen no shortage of media attention since the dawn of Caitlyn Jenner and even before that. And with more discrimination laws popping up all over the country, the lines between male and female are no longer biological, but mental and emotional. It's all very blurry, just like the views of America's youth. In a video you can watch on the next page, a reporter takes to a college campus and asks students their opinions on the matter.

Naturally, they're a little confusing.

The latest issue concerning transgender people revolves around using the correct restroom. In a recent case involving a male transitioning to a female named Britney Austin, an employer was forced to pay $115,000 dollars in damages to Austin for not allowing her (him?) to use the women's restroom. And let's not forget about the new fine in New York City for anybody who mislabels a transgendered person. That's right, New York City is now threatening to fine people up to $250,000 dollars for calling somebody by the wrong gender!