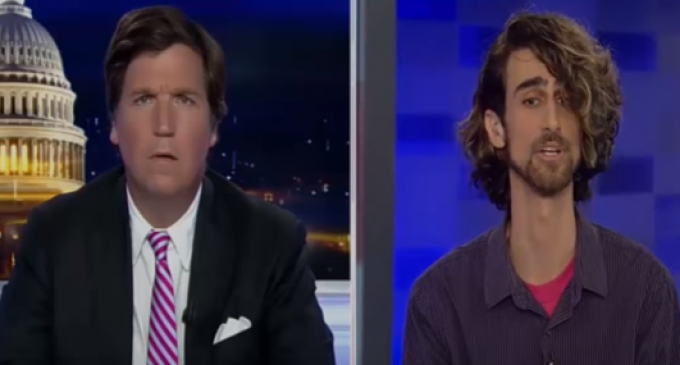 Mike Isaacson, a professor at John Jay College of Criminal Justice, and founder of Smash Racism D.C. isn’t just known for joking that he was training future cops to be easily killed by “progressive” anarchists.

He made a very disturbing argument on Tucker Carlson last night about free speech and the self-perceived or more aptly hard-left notion that violence is the answer to ending racial and political divisions.

As you watch the video of Isaacson attempting to debate Tucker Carlson, it is difficult to understand how this man as much as has a job, let alone in academia.

Yes, he looks the part, one is hard-pressed to even make out his “desired pronoun”: butch lesbian or effeminate homosexual man? Each and every word escaping his lips, easily mistaken for the high-pitched cries of a baby needing his Mother to change his nappy.

But, how does this become a part of academia, much less the face of a Professor teaching future law enforcers that the killing of cops and conservatives is justified if they harbor evil “threatening” ideologies?

That is all on the next page. Head on over to view this video for yourself and learn how the left is rationalizing “anti-fascist” domestic terrorism and the weakening of the police force from within.