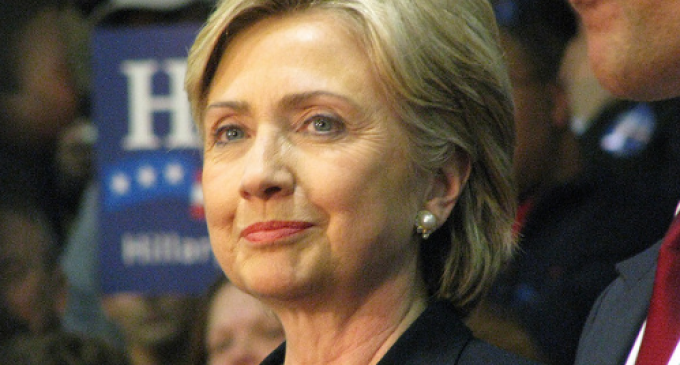 President Donald Trump told reporters on Monday during a White House event hosting Israeli Prime Minister Bibi Netanyahu that it was time to investigate Democrats for pushing the hoax that his campaign colluded with Russia to win the 2016 election.

“There are a lot of people out there that have done some very very evil things, very bad things. I would say treasonous things against our country,” Trump said. “And hopefully, people that have done such harm to our country, we’ve gone through a period of really bad things happening. Those people will certainly be looked at. I have been looking at them for a long time.”

“Why haven’t they been looked at? They lied to Congress. Many of them, you know who they are,” he said. “They’ve done so many evil things.”

“What they did, it was a false narrative, it was a terrible thing. We can never let this happen to another president again,” he said.

When it comes to thinking of people who have done “very, very evil things,” certainly the first person that pops into the minds of many would be Hillary Clinton.

Hillary and her supporters misled the nation by claiming that the White House was stolen from her by Trump and the Russians. The Obama White House and a partisan media set in motion a wild-goose chase that sought to bring down our President at a cost to taxpayers of more than $30 million.

For all of us who have been wondering when the cries to “Lock her up” would be satisfied, it would seem that the time is at hand.

Turn the page for commentary on Hillary Clinton’s demise.