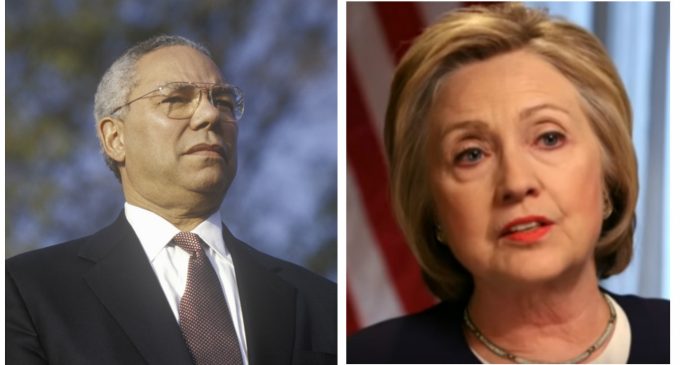 Like “the blob” the threatened to swallow the Earth in the 1950s sci-fi flick, Hillary's email scandal just keeps getting bigger and consuming more people. The only thing that's keeping it from expanding even faster are the efforts of Clinton allies in the Obama administration and the media. So we are treated to a stream of revelations of wrongdoing, which considering the parties involved, is no shocker.

This time the scandal involves Colin Powell who gave Hillary some inside advice on avoiding those pesky State Department security regulations. Yes, the same Colin Powell who was the hero of Iraq War I, and who served as secretary of state during the George W. Bush administration.

So how did Colin help out Hillary?