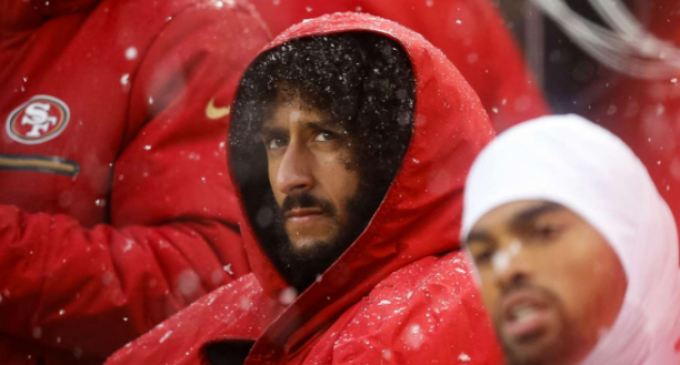 Colin Kaepernick claims he takes a knee during the national anthem to protest police brutality. But, his activism tells a different story.

Wearing socks depicting cops as pigs are barely scratching the surface of this man’s obsession and hatred against cops – which is not hard to understand.

Much like former President Barack Obama, Colin Kaepernick is half-white and forced to prove he has no ‘white privilege’ by the “I can’t see color” far-left socialist minorities to be accepted. For how else can they determine if he is indeed worthy to shoulder the liberal knapsack of victimhood?

That in part helps to explain why Kaepernick hates his own races enough to simultaneously advocate for the murder of cops, and the end of “brutality” by leaving citizens defenseless in a broken (lawless) country.

Colin Kaepernick has been PROVEN to be connected to cop killers. Not only is he connected, he is helping to financially support them. Continue to the next page to learn more about this shocking report revealing the true Colin Kaepernick.