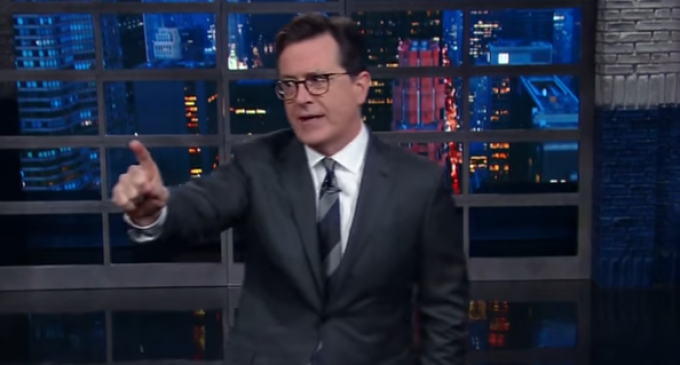 FBI Director James Comey was fired this week after giving testimony regarding the Clinton investigation that many considered false or misleading. Stephen Colbert brought this up on his show, but his audience didn’t react the way that he had hoped.

Comey’s firing should come as a welcome development for the left. After all, Democrats continue to claim that Comey’s investigation into Clinton led to her downfall as a presidential candidate. So it’s not hard to see why Colbert’s audience cheered when the host brought up Comey’s dismissal.

But they failed to recognize one thing. Democrats believe that only their ideas are good. Something may seem good, but if it came from Republicans, it’s not.

This decision originated from Trump, so it’s not good at all. In fact, it’s very, very bad.

Colbert was therefore forced to scold his audience and remind them that they should be angry about this development, not happy.

Watch the hilarious clip on the next page: