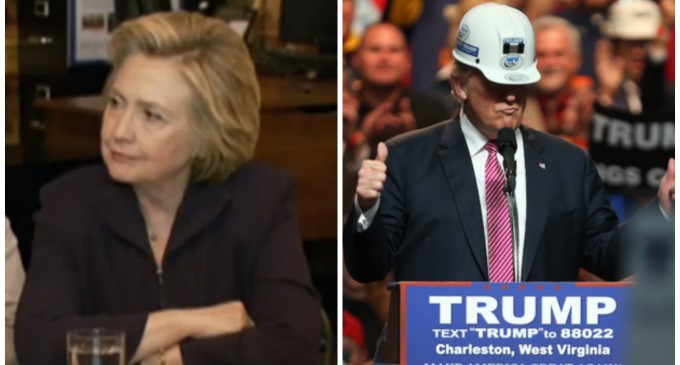 It took long enough, but somebody is finally calling Hillary Clinton out on her irresponsible rhetoric and dangerous policy proposals on the campaign trail.

Granted, it wasn't the media, which is almost entirely in lockstep with the Clinton campaign, that took the Democratic frontrunner to task: it was a Virginia coal worker who challenged Clinton's recent statement that she would drive the coal industry “out of business” if she becomes president.

Holding back tears, the coal worker politely but firmly criticizes the former Secretary of State's plan to her face, producing a picture of his family and presenting it to her. He tells her that they are his “future” and that he and others like him won't be able to provide for their families if they cannot do the work they have been doing for years.

As the worker pours his heart out, Clinton sits silently and watches him before launching into her likely carefully-calculated response. In typical Hillary fashion, she pins all the blame for the situation on everybody but herself.