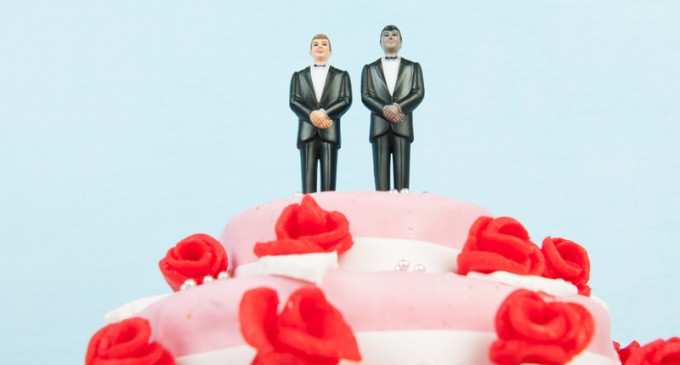 Besieged Christian businesses have been battling against gay and lesbian couples who demand that they ignore their deeply held religious convictions and use their artistic talents to make wedding cakes, take photographs, and provide flower arrangements to celebrate and consecrate gay nuptials, thereby violating their ethics and morals beliefs.

Since the idea of same-sex marriage has only recently been sanctioned by the law, overturning thousands of years of tradition that marriage is meant to be between a man and a woman, it is curious that these couples and the government would be surprised and litigious regarding the reaction from these religious devouts.

The usual defense by business owners has been that such demands by gays and lesbians and the government co-conspirators is a violation of free speech, since participating and supporting the couples implies both acceptance and approval, which is simply coerced. The 1st Amendment would seem to be enough to quash these forced expressions, but the combination of a very powerful gay lobby and supporters such as the American Civil Liberties Union, along with unelected and out of control government agencies such as civil rights commissions and activist judges has completely overwhelmed small, religious business people, bankrupting them or driving them out of business for the crime of having and conforming to a strongly held belief and ethic.

The state has fined some of these individuals hundreds of thousands of dollars, and the gay couples have added insult to injury by suing the Christian business people as well for the injury of not concurring with their sexual beliefs and mores. And there is another agenda beyond just getting a beautiful wedding cake or bouquet of flowers to celebrate the nuptials of Fred and Ted.

See page 2 for theory on why Christians must be punished: