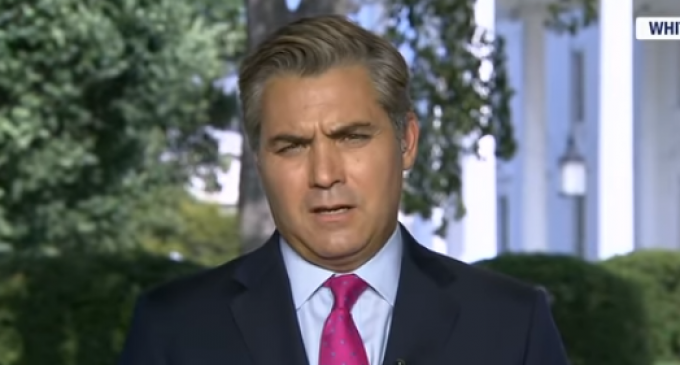 In an interview with HLN's S.E. Cupp, CNN's Jim Acosta addressed the backlashed he received at a Trump rally in Tampa Tuesday night. Individual Trump supporters cussed him out and flipped him off, with the mantra from the crowd being “CNN sucks.”

Acosta said, “I mean, honestly, it felt like we weren’t in America anymore. I don’t know how to put it any more plainly than that. Americans should not be treating their fellow Americans in this way. But unfortunately, what we’ve seen—and this has been building for some time since the campaign—I’ve been talking about this as an issue since the campaign. When the president, during the campaign, referred to us as the dishonest media, the disgusting news media, liars, scum, and thieves, and so on, and then he rolled that right into the Oval Office, and started calling us the fake news and the enemy of the people, he is whipping these crowds up into a frenzy, to the point where they really want to come after us.”

Move to the next page for video: