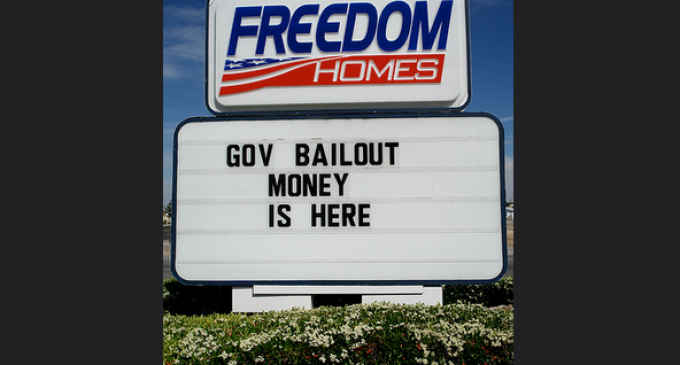 According to a recent CNN commentary, the new spending bill passed by Congress that funds the government though Sept. 2015 will cause Wall Street to dictate the action of Congress – once again – due to the repeal of a banking regulation provision passed under the Dodd-Frank law, which was passed after the economic meltdown of 2008.

The commentary states that when Republicans take over Congress in January, they will “relentlessly attack” the financial regulations that currently prevent banks from receiving bailouts, and therefore will end up “putting the economy and taxpayers at risk.”

So, CNN pre-blaming the Republican party for the bank bailouts that are sure occur again, financed courtesy of Joe Taxpayer.