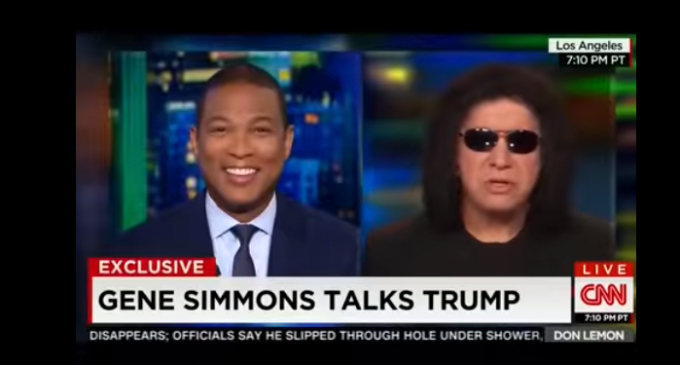 Ladies and Gentlemen, Rock God Gene Simmons has spoken on the current state of politics, and whether you're a fan of his music or not, he actually made some good points in a recent interview.

The KISS frontman appeared on CNN this week with Don Lemon, the host of the CNN Tonight show. Lemon could not get Simmons to agree to his somewhat subtle insult about his friend, Donald Trump, after .

Though Simmons acknowledged that Trump could be ungentlemanly, he refused to take the bait of the overanxious CNN host.

What he said was something that all American's should hear, “Americans should vote their conscience”. But wait, isn't that attitude contradicting to the liberal agenda?

How can Americans vote their conscience when the corrupt left has taken every step they possibly can to make having a conscience illegal? Current American morals are so backwards that people who are trying to restore the country to what it once was, like Donald Trump and Ted Cruz are considered villains, while people like President Obama and Hillary Clinton are considered pioneers and visionaries.

Watch the interview with Gene Simmons on the next page.