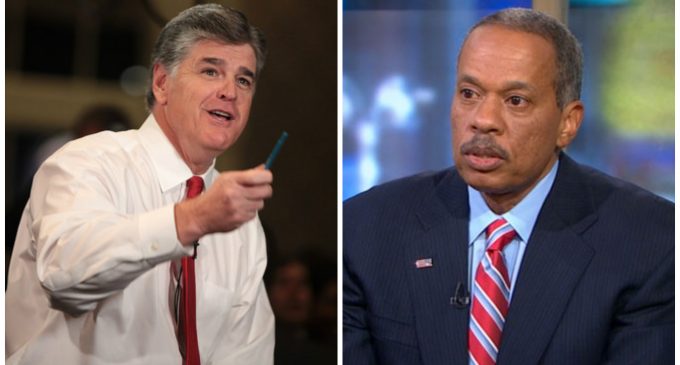 About a month ago, Donald Trump gave CNN a new nickname, “Very Fake News.” This week, they lived up to the title.

Trump may have targeted the news organization for their reporting on his own administration, but CNN has been reporting fake news about conservatives for years. So it should come as no surprise that CNN published a false report about Fox News' Sean Hannity this week.

The article alleges that a dispute between Hannity and liberal Fox News contributor Juan Williams led the host to point a gun threateningly at his on-air guest. But — of course — CNN's versions of events differed greatly from those told by Fox News, Hannity, and Williams, himself. Despite having no sources to back up their allegations, CNN published the story anyway.

Read what CNN reported — and what actually happened — in the article on the next page: