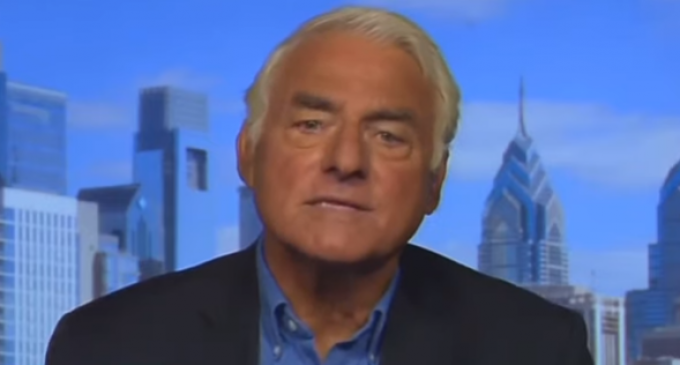 On Sunday. the former chairman of the Psychiatry Department at Duke University Dr. Allen Frances claimed on CNN’s “Reliable Sources that President Trump is as bad as the worst dictators of the 20th century, and that his presidency might lead to even more deaths than theirs did.

I’ve known thousands of patients, almost all of them have been well-behaved well-mannered good people. Trump is none of these. Lumping the mentally ill with is a terrible insult and they have enough problems and stigma it is. Calling Trump crazy hides the fact that we’re crazy for having elected him and even crazier for allowing his crazy policies to persist,” Frances said.

He added: “Trump is as destructive a person in this century as Hitler, Stalin, and Mao were in the last century. He may be responsible for many more million deaths than they were. He needs to be contained but he needs to be contained by attacking his policies, not his person. It’s crazy for us to be destroying the climate our children will live in. It’s crazy to be giving tax cuts to the rich that will add trillions of dollars to the debt our children will have to pay. It’s crazy to be destroying our democracy by claiming that the press and the courts of the enemy of the people. We have to face these policies not Trump’s person. Now it’s absolutely impossible, you can bet the House, that the Congress, that Pence, that the cabinet will never ever remove Trump on grounds of mental unfitness. That will never happen. Discussing the issue in psychological name-calling terms distracts us from getting out to vote.”

Between the three dictators Frances used as examples, Chairman Mao Zedong killed the most people, up to 45 million, through his policies during his “Great Leap Forward.”

Under Joseph Stalin, who led the Soviet Union from the 1920s until his death in 1953, around 20 million people died in labor camps, forced collectivization that resulted in famines, and executions in his many purges.

The Holocaust perpetrated by Adolf Hitler and his Nazi regime killed around 11 million people.

Stelter later posted on Twitter he did not interrupt Frances because he did not hear the comment because of “tech difficulties.”