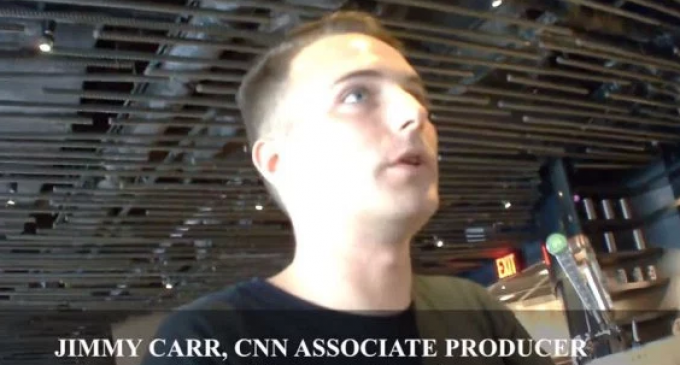 The Clinton News Network still hasn’t figured out why Hillary lost the election. Some liberals just can’t seem to get a grasp on the fact that the American people aren’t keen on having their politicians treat them like crap.

From Hillary calling Trump supporters deplorables to Nancy Pelosi saying we all voted like “mammals do”, it’s a character assassination fest! A side in any given conflict often embarks upon this course after they are left bereft of truth.

Investigative journalist James O’keefe wasn’t messing around when he said he has a bombshell trifecta guaranteed to expose CNN on his hands. And CNN is so outraged they’re even trying to call O’Keefe the real “fake news” for actually providing sources and video evidence to support his stories!

Watch the latest O’Keefe video exposing yet another CNN executive tearing apart the American people while kissing Hillary’s proverbial ass on the next page.