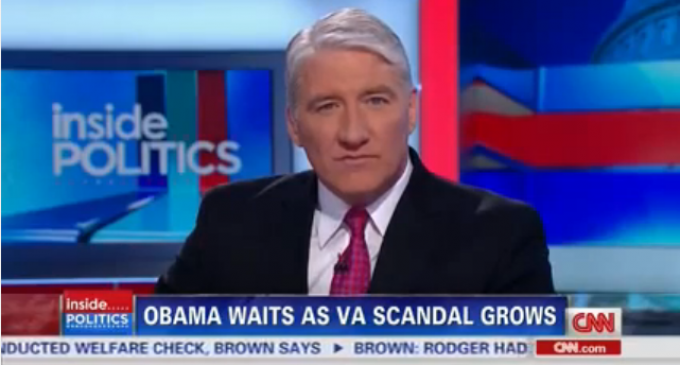 For all who want Obama out of office a glimmer of hope just came via the leftist mainstream media who just announced that Democrats privately call Obama such things as “detached”, “flat-footed”, and “incompetent.”

Furthermore, CNN made even stronger remarks stating that a ‘breaking point' may have been reached with Democrats when Obama gave a tepid ‘wait and see' attitude towards the scandal at the VA, where over 24 hospitals delayed urgent care to vets – sometimes resulting in their death.

If we see more leftist controlled mainstream media making statements like this it could very well be an opening of the door to Republicans for impeachment proceedings.

Of course, the evidence of Obama's betrayal of this nation is overly abundant so that's not the issue.

The issue has been the RINOS and Democrats who are in sufficient number to stop impeachment.

This ‘announcement' of Democrats abandoning Obama's ‘ship of incompetence' could very well be the ‘breaking point' as stated.