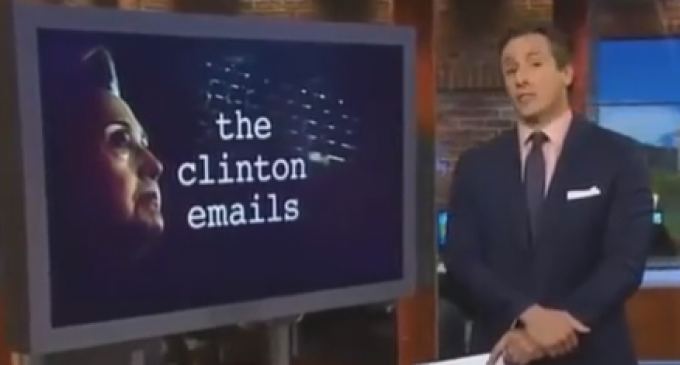 You can always tell when CNN has gone into full panic mode. How? Because their lies are more blatant than usual.

While it should come as a surprise to only the most woefully ignorant political observers, the cable news outlet hides behind a façade of objective, “just-the-facts-ma'am” reporting to support Hillary Clinton (they don't call it the Clinton News Network for no reason, you know). It might not be as on-the-lip as MSNBC, but it's no less pernicious and certainly no less honest.

So it's not exactly a shock that CNN has tried to spin incriminating emails published by WikiLeaks that show how truly venal, if not outright corrupt, Hillary and her allies are. Instead of taking the revelations seriously, the network has endeavored to delegitimize not just the emails but WikiLeaks itself, parroting dubious narratives about Russian intelligence masterminding the whole thing. But that's not the only ridiculous thing CNN had to say about WikiLeaks and the emails it exposed: