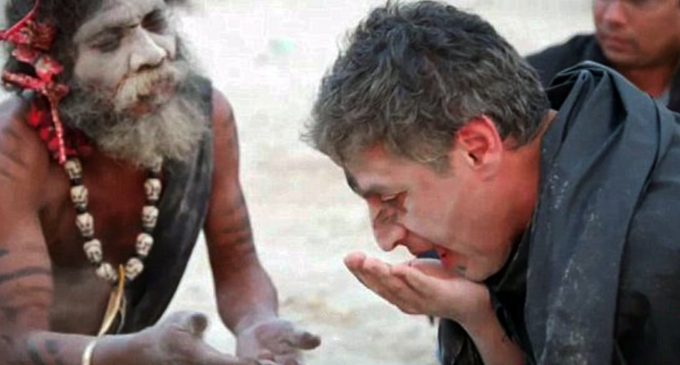 In the March 5 premiere episode of the CNN series, Believer with Reza Aslan, viewers must have recoiled in disgust as he ate human brains with an obscure cannibalistic Hindu sect in India. Before eating the brains, he drank an alcoholic drink out of a human skull.

Aslan visited the Aghori sect in India, which worships the Hindu god Shiva and believes that the human body can't be tainted. The bizarre group has fewer than 100 followers, and in no way resembles orthodox Hinduism.

After the show aired, a backlash came from Hindu-Americans who felt the show painted Hinduism in a very unfavorable and untrue light.

Among those firing back was Congresswoman Tulsi Gabbard of Hawaii, the only Hindu in the U.S. Congress. Learn what she had to say and the harsh reaction of others to the CNN broadcast on the next page.