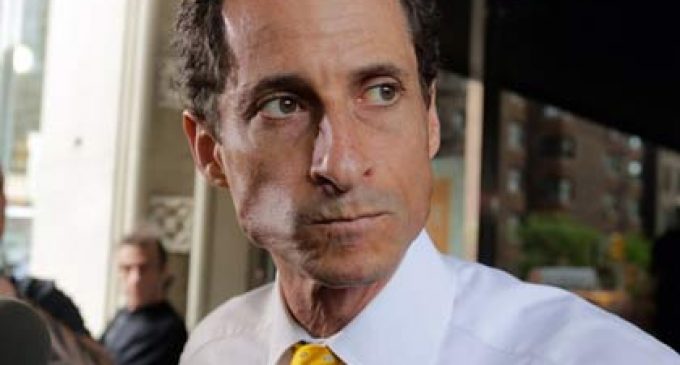 CNN Editor-at-large Chris Cillizza takes his job seriously. He made an impassioned plea to readers last Friday to please “stop talking” about former congressman, and Clinton side-kick, Anthony Weiner. CNN wouldn’t be CNN without the hypocrisy.

The problem with Weiner is that unlike the situation involving President Donald Trump and the infamous Access Hollywood bus scandal on the 2016 campaign trail, Weiner is actually a sexual predator.

Say what you will about the Clintons, but Hillary and her circle of friends sure know how to pick great men. That are they managed to find the only men enough of a scumbag to be able to stomach marrying them. The jury is still out unlike the jury involved in the conviction of Anthony Weiner.

Wiener has a microscopic sense of moral integrity that could rival good ole Bill. Which is quite possibly the most charitable thing anyone could possibly say in connection with Weiner, his wife Huma Abiden, and the Clintons. Chris Cillizza, however, sees things differently. His battle cry to the left to stop acknowledging the existence of Weiner is sickeningly hypocritical.

Well Chris, maybe we can all stop talking about Weiner once we get the facts on his conviction and the public made sufficiently aware of the full extent of his criminal sexual conduct against minors.