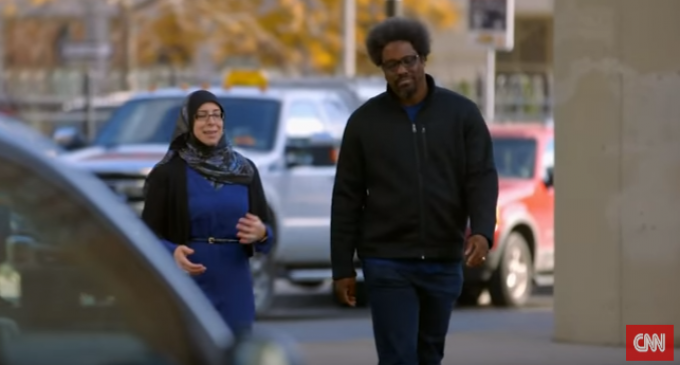 There has been an ongoing battle of information regarding the founding of our nation and its Christian roots.  To listen to citizen Obama, one would believe that Christianity was a passing thought, but Islam…now that, that was the true religion that the founders had in mind when they wrote our institutional documents that literally changed humanity.

Our schools, having been run by Liberals for nearly seven decades, have made great strides in erasing most “factual history” and rewritten most every textbook there was in order to soften past terminology and purposefully confuse children to the point where they are nearly completely ignorant of the truth of the events which led to the formation of our great nation.  Never mind that the Leftist agenda has been to destroy Christianity at its roots in order to move onward with its 100% decimation of the strides America has made toward the betterment of the human condition, Progressives need you to be so blissfully unaware of the truth that you will never question them in their legislation of the citizenry.

The best way to keep the people unaware is to snatch them earlier and earlier from the nasty influence of their parents and begin feeding their heads with revisionist information.  When they reach the age where they begin to question the world and their parents attempt to answer their inquiries, the child has already been taught to wave indifferently in a stunning dismissal of their true Godly teacher to bow instead to the thought that their parents are merely colossally stupid ignoramuses who know nothing beyond biblical myth and traditionally old-fashioned and outdated ideologies.  This is evidenced by students who are now given pamphlets in elementary schools to take home that teach their Dark Age parents a lesson on climate change or the graces of Islam.  If you can recall, just last Thanksgiving, after the terrible election of Trump to the White House, students in colleges who were going home for the holiday break were given discussion pamphlets to “combat” their parents' backwards mentality toward race and culture.

CNN has produced for all those who have become disillusioned by the election of Donald J. Trump a new, fresh, and completely concocted view of Islam and the founding of our great nation.  Yes, according to the Clinton News Network, Islam had more to do with the founding of this country than Christianity…even if the overwhelming evidence says otherwise.

Prepare to arm yourselves with the truth of the founding documents, because coming soon to a home near you will be a relative, friend, or university student who has been spoonfed this drivel about a religion whose message of hope pales in comparison to the alternative message that has made its true intentions known upon mankind since its inception.