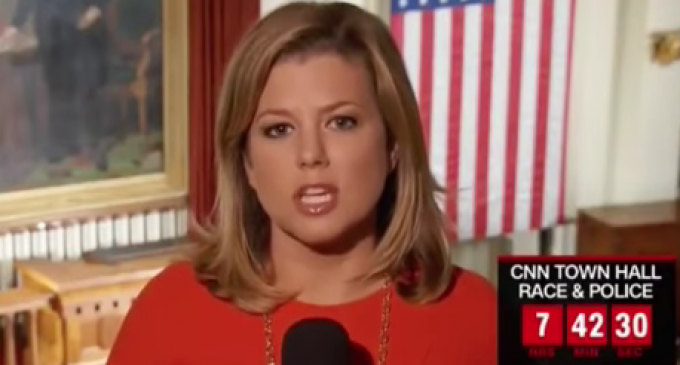 The Clinton News Network – ahem, I mean CNN – is growing uneasy about Hillary Clinton's prospects against Donald Trump, so much so that it appears to have taken to silencing its own employees who speak of her in less than a glowing tone.

Network contributor Brianna Keilar made the mistake of doing just that when she covered a speech given by the Democratic candidate. While Clinton made it a point to attack Trump in her remarks, Keilar noted afterward that she wasn't exactly a perfect candidate herself.

The reporter noted that although Clinton likes to present herself as a friend of the African-American community, many of the policies that African-Americans object to today were implemented with her support during her husband Bill's administration.

Keilar was elaborating on how this fact, among many others, will make her vulnerable when November rolls around when her feed was suddenly cut off. Technical errors happen all the time, but it's just a little convenient that CNN experienced one right at this moment, isn't it?