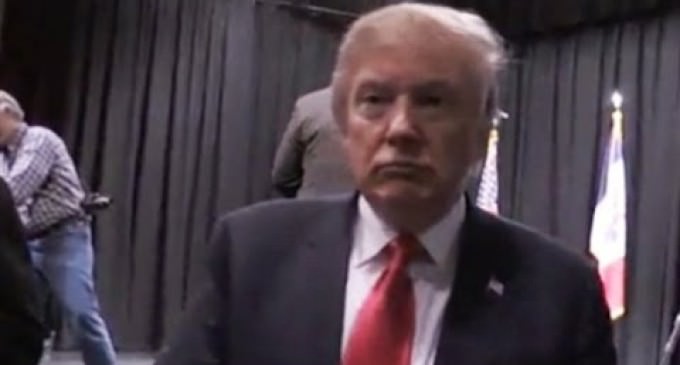 The media has been caught red-handed trying to smear a Republican candidate!

Newly-surfaced footage of a brief CNN interview with Donald Trump has revealed that the TV network blatantly removed a portion of Trump's remarks regarding tracking Muslims and immigration. Although the edited version of the interview makes it look like Trump was “absolutely” going to implement a national database to keep tabs on Muslims, the raw footage shows that Trump was in fact talking about securing the border, comments of his that were deliberately left out by CNN.

While nobody is surprised by bias from the liberal media, one can't help but be astounded by this naked attempt to demonize Trump. CNN must really not want Trump to win the nomination, much less the election, if they're going out of their way to misrepresent his positions and ideas to viewers, which makes sense given the network's ties to the Clinton campaign.

To watch the edited video CNN put out, click the link below: