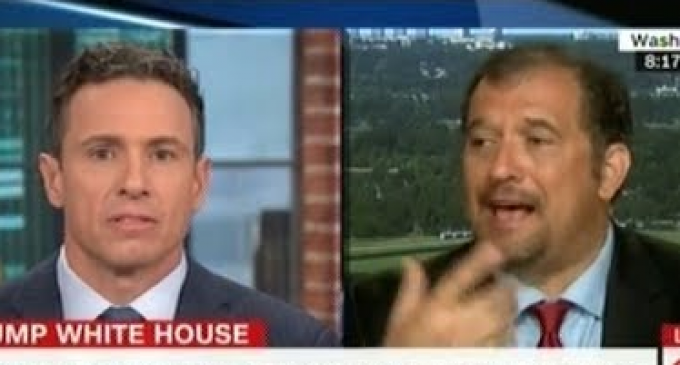 CNN has a fake news problem thanks to Donald Trump — but they can't decide if they should acknowledge it or act as if doesn't exist.

There isn't really any doubt that CNN has lied several times in stories about the president. From the moment they published a story about the Russian dossier all other major networks passed on, it was clear that attacking Trump was their number one priority. Facts were secondary — if they were necessary at all.

Despite that story and numerous retractions since, CNN still can't accept the fact that they have a problem. Sure, they retract stories that have been proven false — which might make you think that they know they have an issue — but their on-air personalities continue to deny that these fake stories exist.

Now, they're playing the victim, claiming that it's Trump fault that their reputation has been stained.

Continue on to the next page to see videos of CNN anchors denying their role in fake news against Donald Trump: