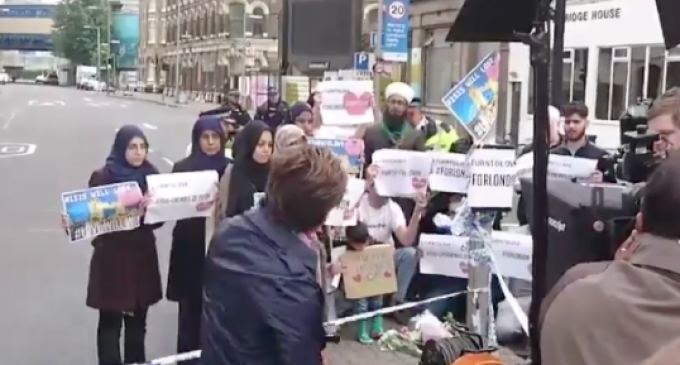 Terror has struck again in one of the largest cities in the world.  Londoners are in shock and they are angry today over yet another terror attack that has claimed so many lives.  Many of those around the world mourn as well.  In New York City where they are all well aware of what terror is capable of and other great cities around the globe like Paris, Amsterdam, Madrid, Moscow, Sydney, and Stockholm.  Then there's the terror committed by the South and Central American drug cartels in Rid de Janeiro, Mexico City, Bogota, and Lima.  Of course, there's also the terror committed by governments against their own people in Venezuela, Liberia, Cameroon, Syria, and Cuba.

These attacks have solidified Western Civilization and codified a series of actions designed to thwart these acts of terrorism, but it seems that we have committed an error in calculating the determination of a people who are hell-bent on taking that same culture in its grip in order to march toward an Islamic Caliphate in both Europe and the United States.

Here in the United States, we have stood in contrast to these cowards with a great portion of the populace well aware of the havoc that they wreak and the message of destruction that many of their defenders in Western culture eschew.  The U.S. also has a president in office who understands the destructive nature of these people and their desire to enslave the world.  Here, as in Europe, however, there is a large portion of the Progressive ilk who have decided that they will be the last line of defense for these terrorists.  They will do anything in their power to ensure that the public is kept at arms-length from the truth and that the pictures of grotesqueness that accompany every deliberate act of human destruction are kept hidden from view.

Leftists can't help themselves.  They are in the business of apologizing and making excuses for what they have wrought.  Their willingness to lay down and allow this invasion of foreigners who don't care a hill-of-beans if they the Leftists are standing up for them or not.  They will die like all the rest of the infidels.  These useful idiots are now playing their part well.

Remember how we felt when Dan Rather was producing faked documents to indict George W. Bush?  Remember the rolling of your eyes each time Brian Williams told his bold stories of the war front?  How about all those questions given in advance by Donna Brazile to candidate Hillary Clinton?  We are all aware of the media's culpability in Progressive issues and the furtherance of its ideology and narratives.  CNN once doctored audio tapes of George Zimmerman (the White Hispanic) as he described the suspicious individual as he spoke to the dispatcher.  Of course they claimed innocence.  Now, there is videotaped proof of their deceptive practices